Sign Up to our community and connect with other people and contents that matters the most.

Lost your password? Please enter your email address. You will receive a link and will create a new password via email.

You must login first

Manchester United will be without Paul Pogba and Marcus Rashford when they face their bitter rivals, Liverpool in the Premier League at Anfield on Sunday. The French World Cup winner is recovering from an ankle surgery while Rashford’s fitness is in doubt after picking up a fresh knock in the FA Cup win against Wolves.

According to the current form of both teams, pundits and fans expect runaway leaders Liverpool to thash the Red Devils but the Premier League has shown several times that the biggest games turn out irrespective of form, players available, or the team playing on home turf.

The best game that highlights this unique feature of the Premier League is the reverse fixture of this clash when Manchester United held Liverpool to a 1-1 draw at Old Trafford. The European Champions were in top form ahead of the October fixture and they were expected to embarrass Ole Gunnar Solskjaer’s side at Old Trafford.

However, the Reds were lucky to leave Old Trafford with a point as a costly defensive error allowed Adam Lallana cancel out Marcus Rashford’s opener in the dying moments of the game. Liverpool have improved since that time and they have not dropped any other point since then while adding the Club World Cup to their trophy cabinet. However, Jurgen Klopp would still be wary especially with the knowledge that this young Manchester United side have gained a reputation as the giant slayers of the Premier League. 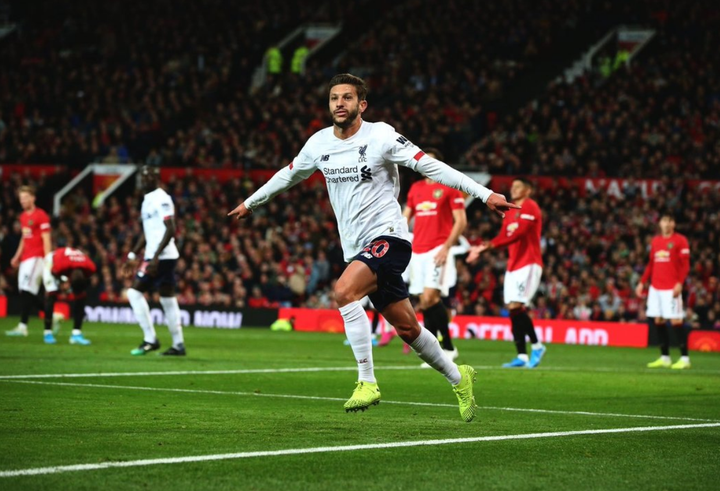 The Red Devils have had a season full of ups and downs and the fans of the 13-time Premier League winners have been left disappointed with losses to teams like Crystal Palace, Bournemouth, Watford and Newcastle. However, United have also picked up some impressive wins against Leicester, Tottenham, Manchester City, and Chelsea. In three of these games, they lined up without their talisman and French World Cup winner, Paul Pogba.

While Pogba is expected to miss the crucial clash with Liverpool, Manchester United would be more worried about the absence of the club’s leading goalscorer, Marcus Rashford. The England international has stepped up in the absence of Romelu Lukaku and he has found the back of the net against all the top teams except Arsenal leaving only Jamie Vardy and Pierre-Emerick Aubameyang ahead of him on the top goalscorers’ chart. 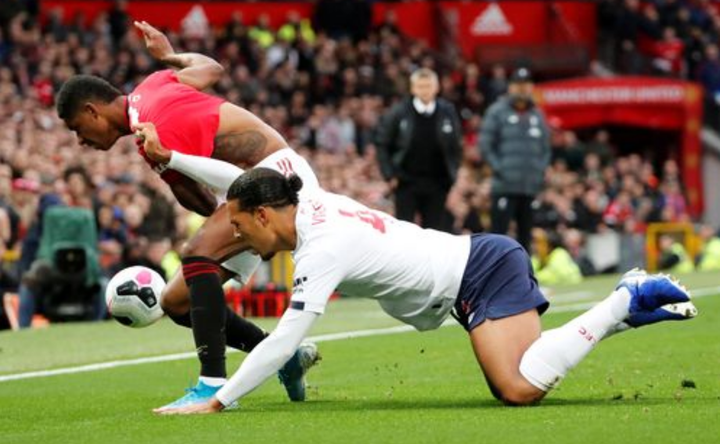 1. Ability to step up in big games.

Manchester United thrive in the big games, this is partly due to Ole Gunnar Solskjaer’s tactical decision to play on the counter attack. With the defensive solidity that Harry Maguire, Victor Lindelof, and Aaron Wan Bisakka bring to the side, the pacy forwards like Daniel James, Marcus Rashford and Anthony Martial have shown that they can get forward on the break and cause damage to any team. It was this way that United got their goal in the reverse fixture at Old Trafford, a quick counter-attack that allowed Rashford score a tap-in from a cross from James.

Liverpool are at home on Sunday and they have a very impressive record at Anfield having played more than 50 Premier League games without a loss on home turf. The onus is on them to take the game to United and attack from kickoff. Tactically, this would suit United who will be looking to hit them on the break. If Marcus Rashford is not fit enough to start the game, it is likely that Mason Greenwood starts the game at Anfield. The teenager has been very impressive in his debut season with the first team and he would be delighted to have the opportunity to make his name against the club’s rivals.

As an academy graduate, he knows what it means to get a win away at Liverpool and fans can expect his full talent to be on show on Sunday. His goal contribution this season so far has been very impressive with 9 goals and 4 assists to his name.

Manchester United fans feel they have not missed Paul Pogba as much as they expected because of the improvement in performances of the Brazilian midfielder, Fred. The deep-lying playmaker has been consistent in midfield especially with his ability to win the ball back from opposition and link the defence with the attack. The Red Devils have also been boosted with the return of Nemanja Matic and his ability to dictate the state of play can undo Liverpool.

3. Hatred for Liverpool; Bragging rights and the fight for pride.

Sir Alex Ferguson caused controversy when he was named Manchester United manager and he expressed his desire to knock Liverpool off their perch. He was in charge of the club for almost three decades and he undoubtedly made United bigger than Liverpool.

However, the Reds have become one of the strongest teams in Europe again under the leadership of Jurgen Klopp but some part of the football world still think they live under the shadow of Manchester United. For instance, since Klopp took over, Liverpool have beaten Manchester United just once in the Premier League; the 3-1 victory at Old Trafford that saw the end of Jose Mourinho’s reign at United.

Manchester United will draw confidence from their result earlier this season and would be confident that they can have a repeat of that performance. Liverpool would do well to remember that the last time United had this sort of mountain to climb, they did so in amazing fashion. Ole Gunnar Solskjaer has also reminded the rest of the world about the special night in Paris when his young side put Paris Saint Germain to the sword at the Parc des Princes.

Liverpool are on the way to winning their first Premier League title in 30 years in record-breaking fashion. It will be one of the best moments of Ole Gunnar Solskjaer’s managerial career if he can inflict a defeat on the European Champions.

Do you think Manchester United can get a result at Anfield? Comments your opinion below.

You must login or register to add a new comment.